**SOA SPOILERS IN THIS PARAGRAPH. IF YOU AREN'T PAST SEASON FOUR, SKIP IT**

No idea why I'm subjecting myself to the worst form of torture by re-watching Sons of Anarchy from the beginning, especially now that I've approached season 4. Remember that icky feeling I talked about when Jax cheats on Tara? I forgot about the episode where Opie finds out about the birth control and sleeps with the same porn star bitch as Jax. That's as close as we get to a Jax/Opie sandwich in the series, but now I'm angry with them both. And the part where Jax kisses Ima and we think they're going to hook up again, only he smashes her face into a mirror instead? It was so ugly that I wanted to look away. The guys in my MC series would never hit a woman for any reason. I think this was the first real glimpse of the monster Jax becomes by the end of the series. Just yuck. Then I had to re-live the whole mess with Juice being forced by that asshole FBI agent and trying to kill himself...it was just sickening to watch again. I'm ready to curl up into a ball and watch the first season on repeat. 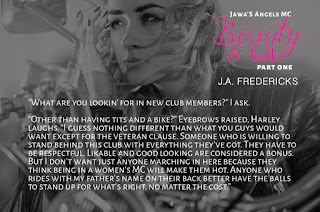 When I'm not heavily immersed in the psychotic world of SAMCRO, I'm busy cleaning up the first part of Jawa's Angels MC (Beauty & Balls). Hopefully it'll be released later this month. When I chose the name of the title I knew it was a little goofy, but honestly it sounded like something Harley would say. So she does say it. In the book. And for anyone who hasn't read the Inferno Glory MC series, Jawa was the heroine's dad who died of cancer while she was in prison. And for anyone wondering, "Jawa" is the term for an Army Soldier who is stationed in a desert area, named after the desert-dwelling aliens of Star Wars. I'm throwing out a few teasers, one that explains Harley's club and one told from Ranger's POV. He was so much fun to write that I hope to continue his story throughout the entire Jawa's Angels MC series. 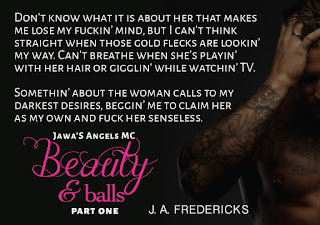 Other than torturing myself with some of the hardest episodes of Sons ever written and writing about my own MC, I'm working on a psychological thriller called The Missing Ones (cover reveal coming real soon). Last night I had a dream my daughter's boyfriend was in the story and I found out he was killing small children and eating them. SERIOUSLY. When do writers get a break from their own fucking heads? At this point I'm almost thankful for having active high schoolers and a farmer husband who needs me to run odd errands. And I'm finally understanding why authors are always associated with alcohol. Something has to quiet the demons.
No comments:

Welcome to my strange addictions

Yeah, I might have a problem. I keep running across these AMAZING gifs from Sons when I should be working and my god can someone please give this man an Emmy for delivering the most believable/spankable sex scene?? I'm trying to figure out who he's with, although I probably really don't want to know. The romantic in me gets so pissed every time he steps out on Tara that it makes me physically ill. And I'm incredibly annoyed that someone had the audacity to black out Charlie's beautiful ass. We're all adults here (if you aren't you really shouldn't be reading this blog).

Speaking of addictions (I have an OCD/ADD personality so I tend to have a shit-ton of them), I came across the song for the Mission Impossible: Rogue Nation trailer and CANNOT. STOP. LISTENING. It's so deliciously twisted that it makes me want to write something sick. (Take a listen below). I've written some dark paranormal under another pen name and started an adult thriller a few months back. If I ever get through the last Fifty Kinds of Dead and Jawa's Angels (Ranger is taking his sweet time in the spotlight), maybe I'll have to revive the thriller. I have so many projects on the back burner it isn't funny. Okay, maybe a little because if I think about it seriously I'll start to wonder if I'm truly bat-shit crazy.

Being hooked on these kinds of things isn't all that bad, right? At least I keep telling my husband that. It could be so much worse - I could be addicted to crack or have serious mental health issues like these people from My Strange Addiction.

If you need me, I'll be perusing Instagram and Pinterest to feed my ten million other addictions.

The GIF that made me lose my mind

Holy Lord. In doing research as I'm re-watching Sons of Anarchy (hot damn, I love my job), I came across the mother of all gifs that made me think of all the intense scenes between Ranger, Colt, and Harley. I literally think I was staring at this gem for an hour. Okay maybe two. Can we just...

Wait. What was I saying?

Anyway...so I mentioned I'm continuing Ranger's story in Jawa's Angels MC the spinoff to Inferno Glory MC (I keep losing my train of thought...*fucking focus!*). Ranger is far more of a complex character than I first envisioned and the book will probably end up being a little bit longer than I planned. Writing from his POV in alternating chapters has been a total riot and I never want it to end. I know he has some pretty die-hard fans out there that will feel the same.

I recently opened up my street team to ALL fans, so if you want to join in for more Colt & Ranger love, send a request to join us on Facebook. My darlin's (yes I realize there are issues with the ' when I'm not using the 'g' and it's possessive, but it just looks funny so get over it) are a fun bunch and I randomly like to give shit away because they're so awesome.

I'm now offering autographed paperback copies of the entire Inferno Glory MC series on my website. Be sure to order your copy soon as the first shipment is schedule to arrive near the end of the month and I'm not sure how soon I'll be getting more.

Okay that's it for now...at least I think. My mind is a befuddled mess all because of a hug. Gotta run, Ranger is waiting. XOXO
No comments:

So Much Awesomeness Headed Your Way

Well I obviously suck at blogging and no one probably ever sees these posts anyway, so I'll keep it short and sweet.

The entire Inferno Glory MC series is now available on Kindle and will be coming out very soon on paperback. The ebooks won't be on Kindle Unlimited much longer, so read those bitches while you can. Autographed paperback copies will be available on my website in the very new future. Enter the Goodreads giveaway to win a free copy.

Book 3 in the Fifty Kinds of Dead series was recently released and is available exclusively on Amazon for the time being. The series is slower going due to a change in editors, but I promise you it will all be released in the next couple of months. Sorry for the delay. I've been doing stuff.

Inferno Glory MC merchandise is in the works. If you want updates on when it will be available, sign up for my newsletter. I won't annoy you with constant emails, but I'll keep you updated on other cool shit and send you exclusive material not available elsewhere.

The first book in Jawa's Angels (Inferno Glory MC spinoff) is coming real soon and I recently revealed the first cover. Love it, touch it, make it your pet, whatever floats your boat. Add on Goodreads and tell your friends because you won't want to miss more of Harley and crew's stories. Oh, and you'll hear finally hear Ranger's POV in Beauty & Balls, so have an extra set of panties (I hate that damn word) underwear ready.

Brooklyn Rockstar, a full length steamy romance about a famous rocker and a clueless farmer's daughter, is also in the works, but I have no fucking clue when it will be ready. Like I said, this has been an insane summer and I'm just hoping things slow down or I'll be hibernating by first snowfall. If you're a blogger a) I love you and b) you can help me share the cover reveal on October 1st by filling out this form.

I hope that covers everything. I'm off to write on less than four hours of sleep. Send Redbull.
No comments:

So I was going to reveal the cover in May, but I'm not a patient person. Big thanks to Book Beautiful for the awesome design. Book One is coming to Kindle Unlimited in June and the others will be released shortly after. Goodreads and newsletter links below. 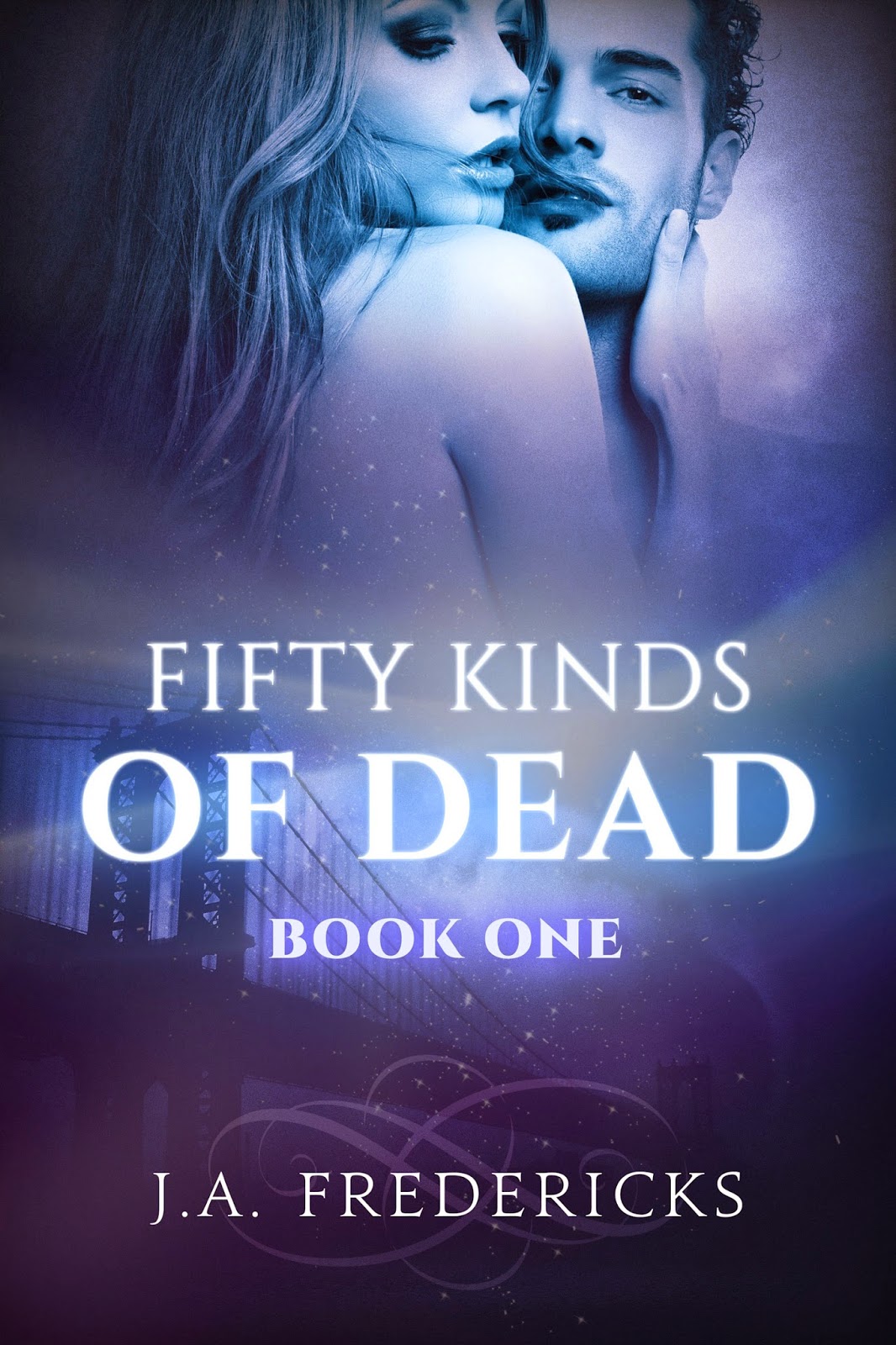 *This is a serial. The installments are not novel length.*

After Ava Lewis is mistakenly claimed by a reaper then brought back to fulfill an unknown purpose, she's forced to sever all ties to her former life and figure out how to survive despite not having a heartbeat or anyone to help. It would seem all hope is lost until she meets Liam, the hot ghost with a dirty mind, and then Jackson, the sexy human she has an unrelenting attraction toward.

Conflicted by her feelings, Eva finds herself struggling to define what it means to be undead while giving in to her darkest desires. When Jackson's kisses awaken a part of her she thought she lost when she died, her endless hunger will threaten to consume them both. 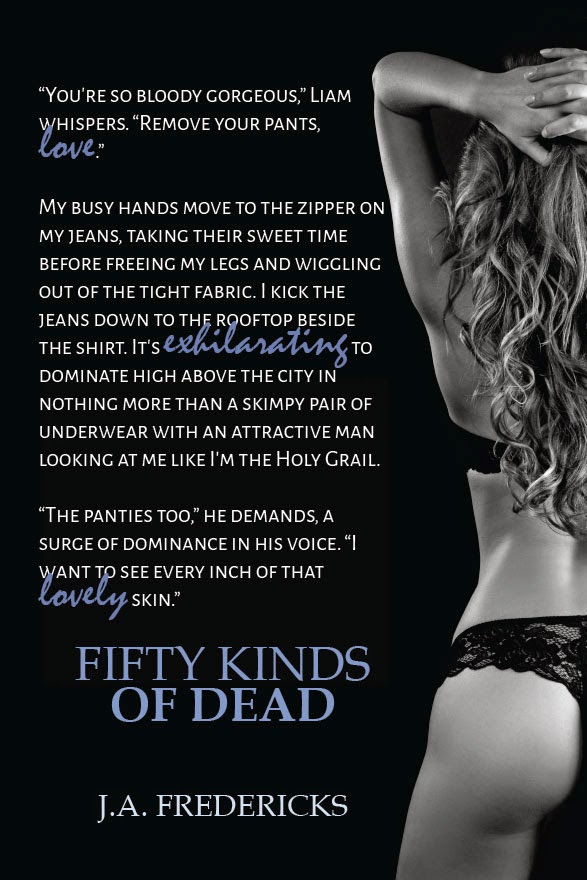 Sign up for my newsletter for release dates, etc. 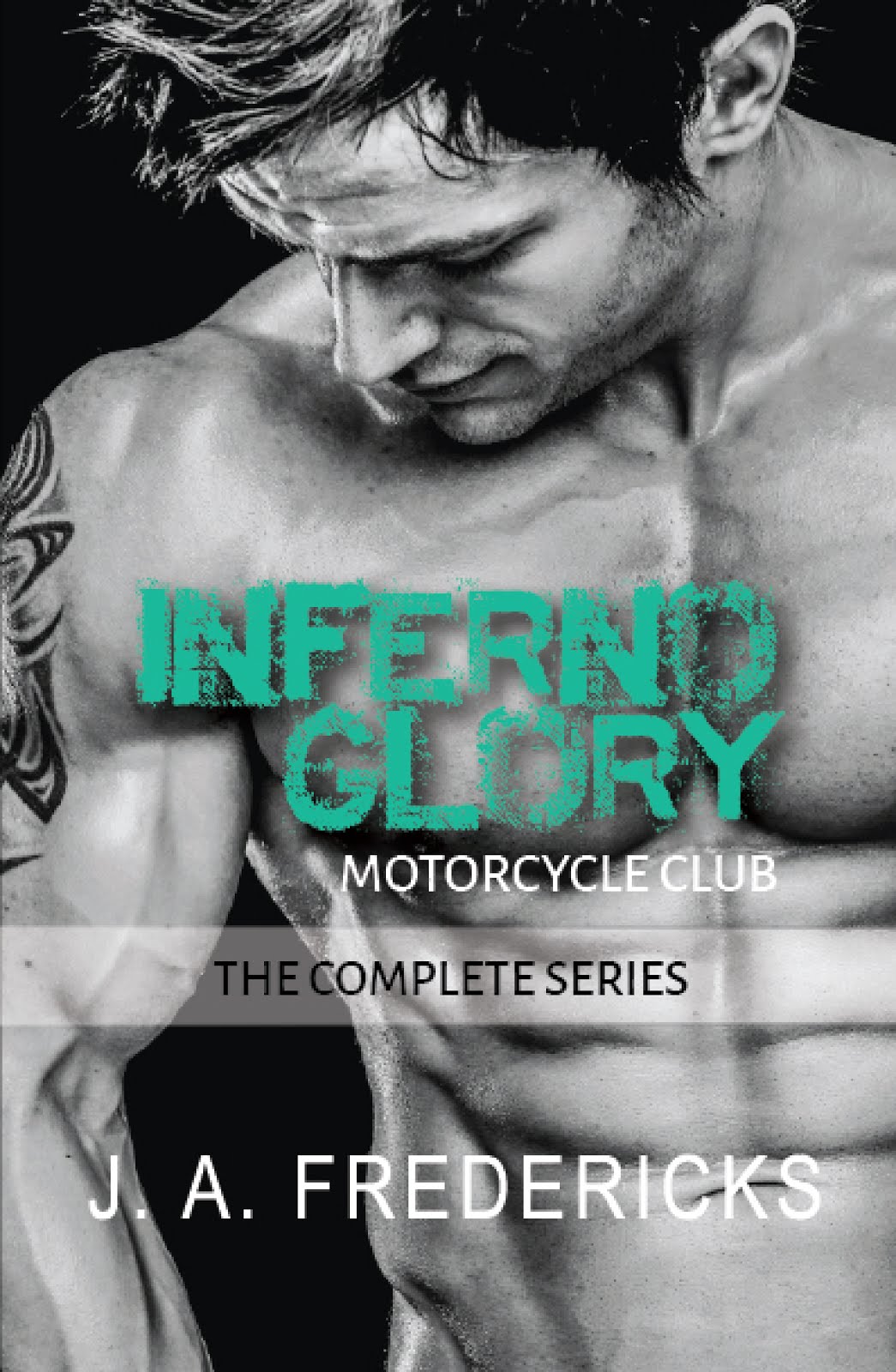